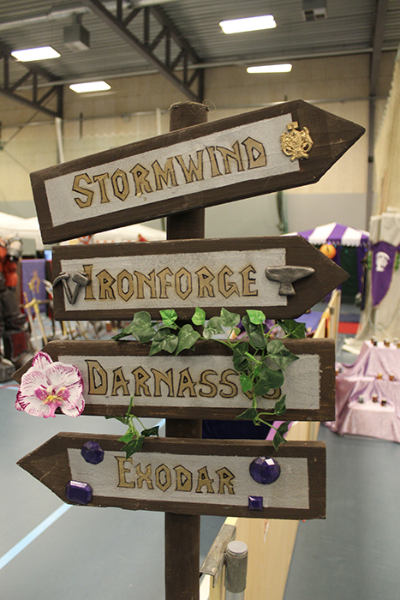 Me and my group arrived early on Friday and set up our Warcraft corner. It was the biggest we had yet and was really great (photos further down). After we set up Friday, I got into my cosplay and enjoyed just walking around with no stress – I didn’t participate in any shows this year, so I thought I could just relax. Wrong. One judge was delayed and couldn’t make it in time for the show, and since the organizers knew I was at the con and that I had experience as a participant in cosplay competitions, they asked me to stand in. So for the first time ever, I judged a competition! It was fun being on the other side of the table for once!

The convention had grown a LOT since the previous year, which was great, and seemed pretty well organized. It’s still a small convention, but hopefully it will grow in the years to come!

I debuted two new cosplays that were both well-received. Still didn’t get many photos of them yet, but below are a few along with photos of the corner.

This site uses Akismet to reduce spam. Learn how your comment data is processed.